Understanding Insurance by Mark R. Greene is an economic institution or organization that aims to reduce risk by combining in one management and group of objects within a more detailed scope.

According to Commack, Understanding Insurance is a tool to reduce financial risk by collecting units in sufficient quantities with the aim that individual losses can be estimated, then the forecasted losses can be uniformly shared by those who joined.

Robert I. Mehr proposes Understanding Insurance, Insurance is a tool that aims to reduce risk by combining a number of units at risk so that individual losses can be predicted together. The predicted loss is then shared and distributed fairly and equally among all units in the composite.

Definition of Insurance in the opinion of C Arthur Williams JR is a tool in which the risk of two or more persons of two or companies combined through the contribution of a certain premium or that is determined as the funds used to pay claims.

b. provide payment with reference to the death of the insured or payment based on the insured's life with the benefit of which the amount has been determined and or based on the results of the fund management.

From the definition of insurance above, it can be concluded that Understanding Insurance is a tool to reduce the risks inherent in the economic system, by combining a number of units that are exposed to the same risk or are exposed to nearly the same risk, in large enough quantities for the probability of losses predictable and if a predicted loss occurs, it will be proportionally shared to all parties in the composite "

The most important insurance objective is to transfer risk. In the theory of risk transfer, the insured is aware of a threat of danger to his or her own property or to his soul. If one day the danger befalls his property or his soul, then he will suffer loss or loss of life or physical disability will affect the journey of one's life or his heirs. Insured in this case as the party in danger feels heavy carrying the burden of risk that can happen at any time.

The next insurance objective is the payment of compensation. In the event of an event that causes losses, then there is no problem to the risks borne by the insurer. In practice, the danger is not always going to happen. This is a good opportunity for the insurer to collect premiums paid by some insured who bind themselves to him. If at one time saduh really happened events that cause losses, then to the insured in question will be paid compensation balanced with the amount of insurance. In practice, such losses are partial, not all of which are total losses. Thus, the insured holds an insurance that aims to obtain payment of compensation that really suffered.

The next insurance objective is for the payment of compensation. Insurance losses and also life insurance is held under a free agreement (voluntary) between the insurer and the insured. However, the law provides for compulsory insurance, meaning that the insured is tied to the insurer because the law is not a contract. This type of insurance is commonly referred to as social insurance. Social insurance aims to protect the public from the danger of accidents that result in death or disability. By paying a certain amount of contribution (such a premium), the insured person is entitled to protection from danger.

The insured who pay for the contribution are those who are bound to a certain legal relationship established by law, such as employment relationships, public commentators. If they receive accident accidents during their work or during transport, they (their heirs) will receive compensation payments from BUMN insurers, whose amount has been established by law is to protect the interests of the people and those affected will be given a sum of money.

In article 246 of the KUHD there is a formula as follows: "with which the insurer binds himself to the insured by receiving the premium".

(b) paid in advance by the insured,

(c) in return for risk transfer,

(d) calculation based on percentage of the value of the transferred risk.

2. The amount of Insurance Premiums to be Paid

In the amount of premium to be paid by the insured also includes expenses related to the procurement of the insurance. Details that can be calculated in the amount of insurance premium are:

(a) the percentage of the amount insured.

(b) the amount of costs incurred by the insurer, such as the stamp duty, the cost of the policy.

(c) Kurtase for broker if the insurance is held through a broker.

(d) Advantage to the insurer as well as the amount of reserves. 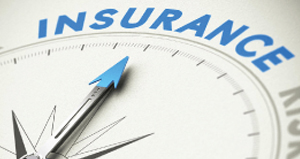